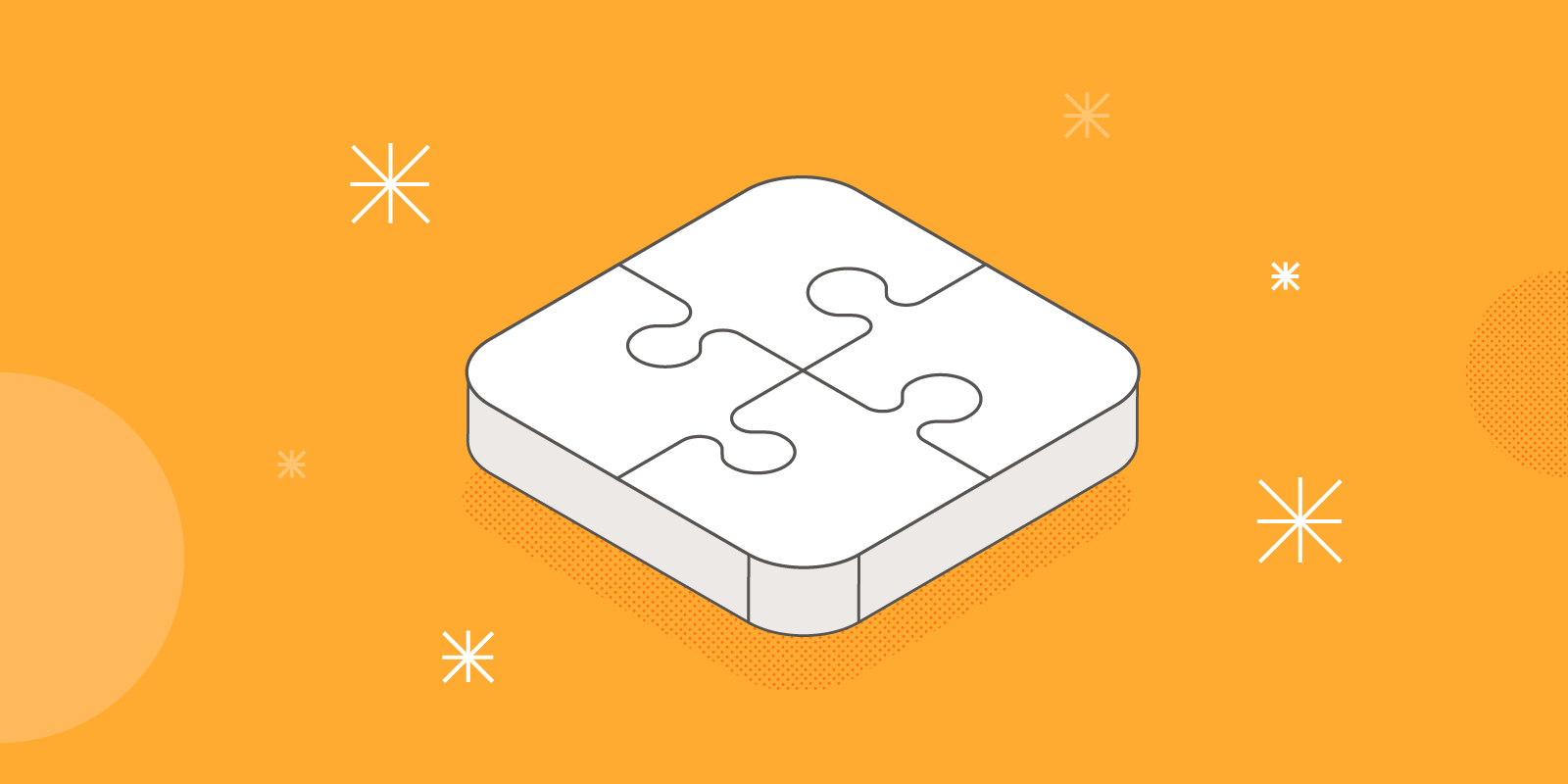 Jigsaw, the static site generator created by Tighten, has always had two important goals: to be powerful and flexible enough to handle all sorts of creative uses, while at the same time being easy to use, particularly for PHP developers who are already familiar with Laravel's Blade templating language or Markdown. We've found, however, that getting started with a new Jigsaw site can take a bit of time; even for developers who have used Jigsaw before, setting things up just right when starting a new site involves a little bit of work.

Today, we're introducing a new version of Jigsaw designed to help you get from zero to amazing in a matter of seconds.

Traditionally, creating a new Jigsaw site requires two steps: installing Jigsaw via Composer (composer require tightenco/jigsaw), and running the ./vendor/bin/jigsaw init command to scaffold a bare site. Now, we've extended this init command by adding the ability to install a starter template that immediately gives you a robust, fully-configured, professionally-designed site, ready for you to customize with your content.

Tighten has created two starter templates that are available out-of-the-box, for two of the most common Jigsaw use-cases: one for creating a beautiful blog, and another for creating a open source documentation site, both designed by Steve Schoger and Nohemi Olvera and coded by Matt Stauffer and Anthony Terrell. 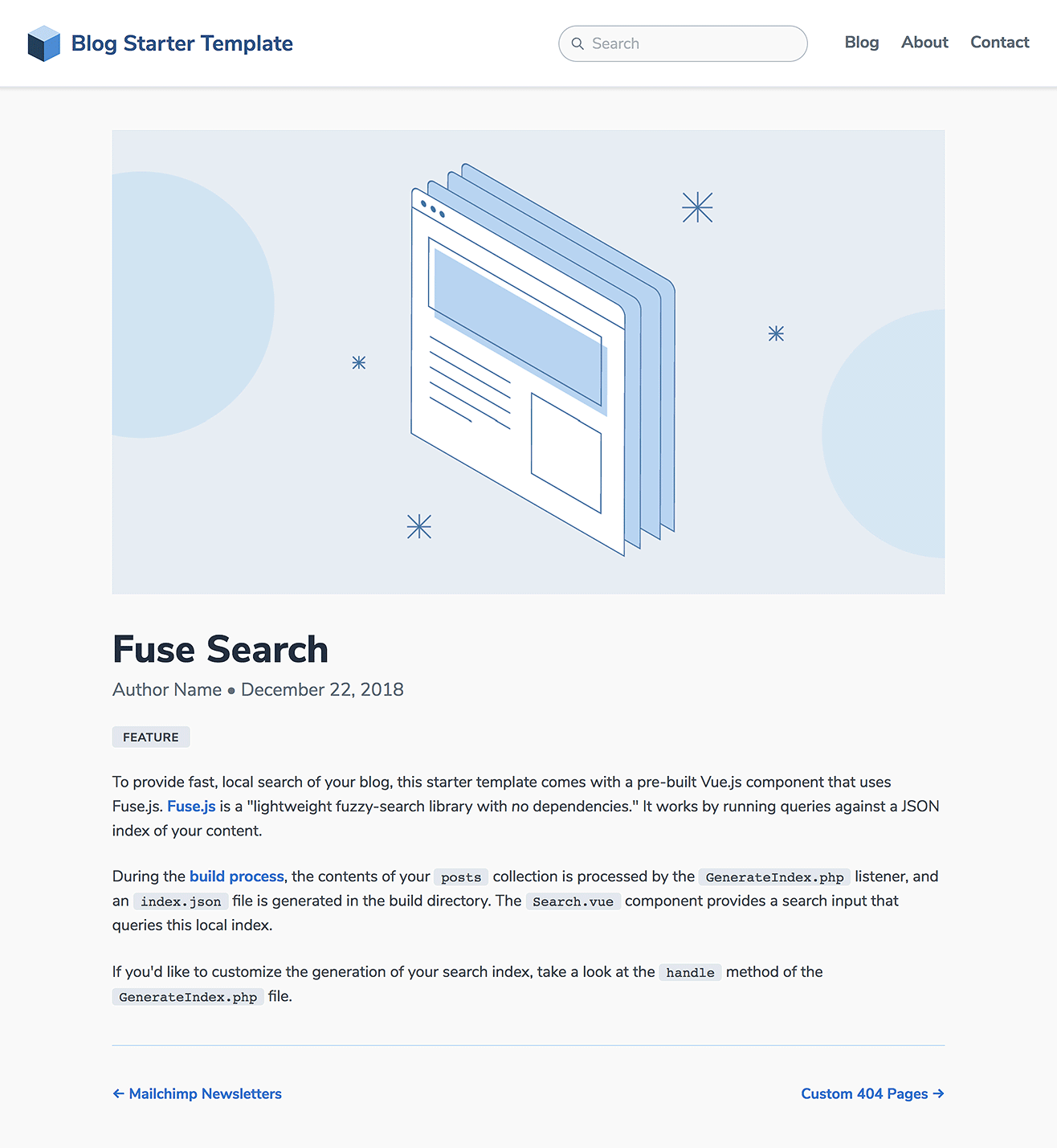 View a preview of the blog template 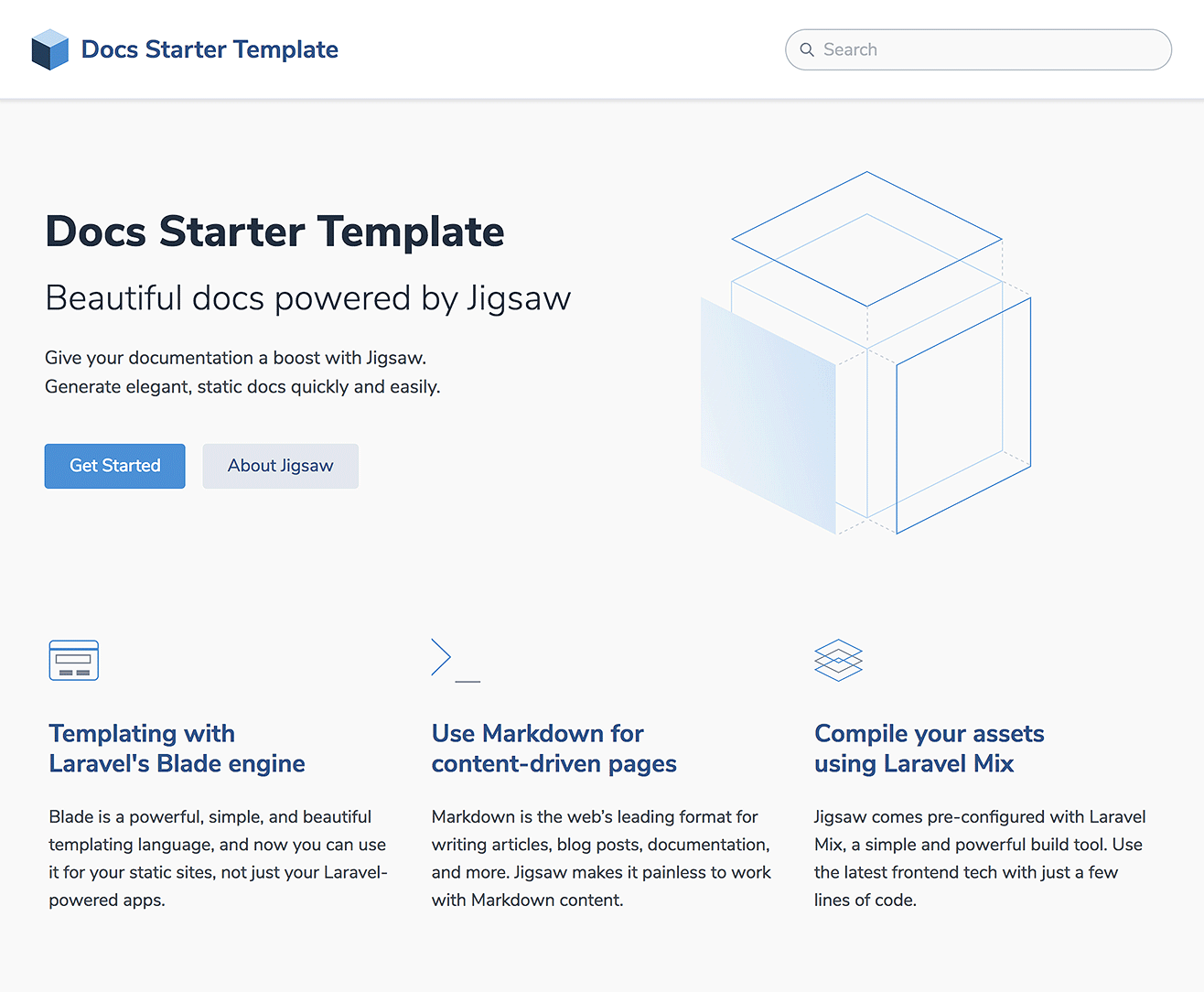 View a preview of the docs template

So now, to get up and running quickly using a starter template, you can simply run:

Both the blog and docs starter templates include samples of common page types, and come pre-configured with:

...while the docs template includes:

Creating your own Jigsaw starter template

We've also made it easy for other developers to create their own starter templates to share with the Jigsaw community. Simply set up your Jigsaw site and host it on GitHub, then register it as a Composer package on Packagist. Users will be able to install your starter template by specifying the package name in the init command, e.g.:

Jigsaw will download the starter template using Composer, and by default, will run the following steps:

If you've created a starter template that you'd like to share, tell us on Twitter at @tightenco or open an issue in the Jigsaw docs repo. Very soon, we'll be adding a page to the Jigsaw docs that showcases well-crafted templates created by the community, and we'd love to feature yours!