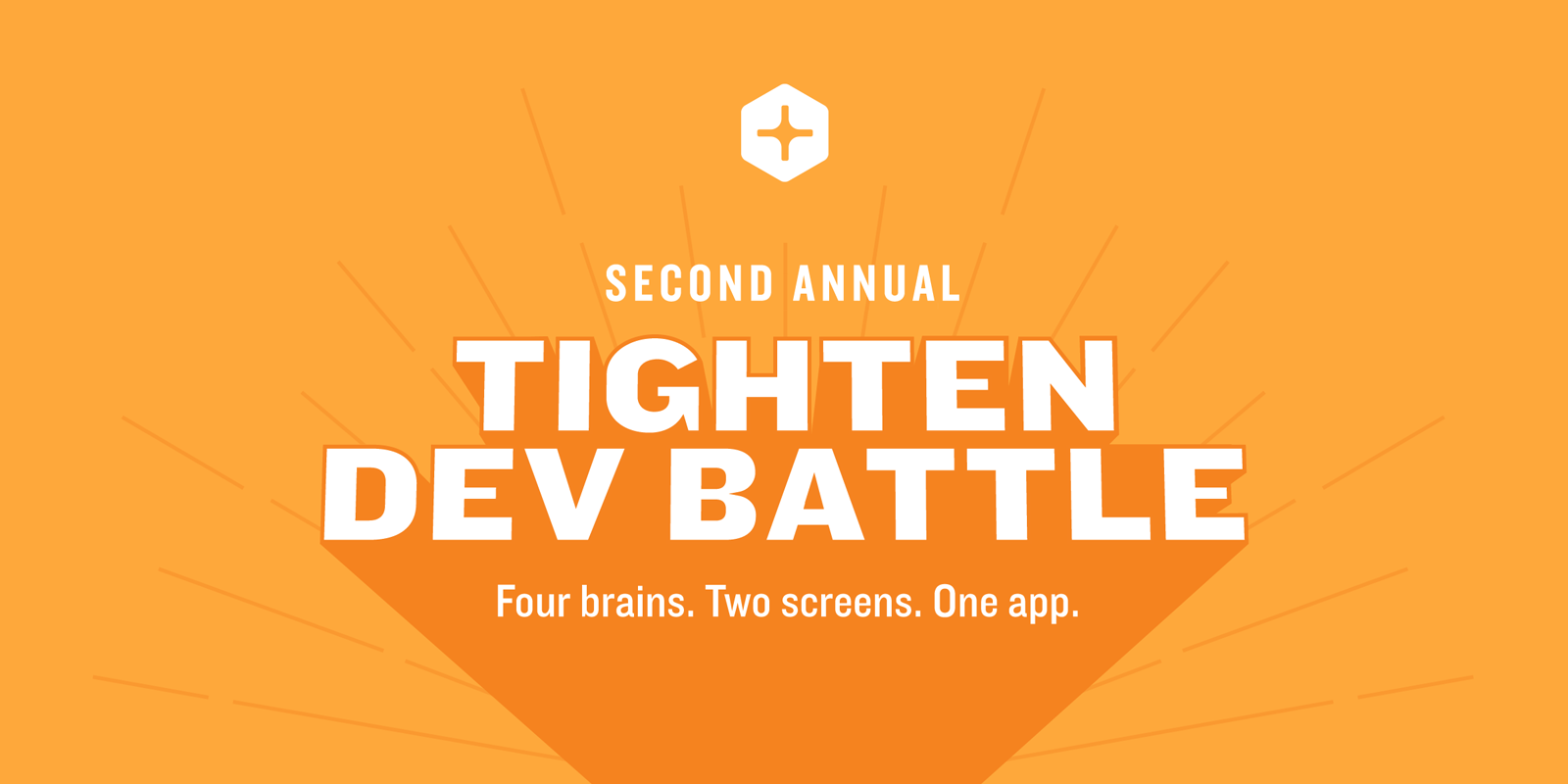 About a year ago, we streamed the inaugural Tighten Dev Battle, during which senior developers Samantha Geitz and Keith Damiani went head-to-head to determine whether Vue.js or React was the superior JavaScript framework. Even though Team Vue was judged to have won the day (you can read more about how it all went down in our retrospective here), we have decided the question has not been truly settled. After all, both Vue and React can be used to build native iOS and Android applications via React Native and NativeScript for Vue, and how can we really determine the best framework without exploring its ability to build for all platforms?

Neither of us have any real experience using these native frameworks, so we grabbed the Twenty Percent Time guys for some pairing on round two. Caleb Porzio will be joining Keith on Team Vue, and Daniel Coulbourne will be teaming up with Samantha on React. The goal? Using the documentation and our knowledge of the web-based frameworks, figure out enough of the native frameworks to write a basic mobile app.

There are three rounds planned, each of which will be approximately four hours in length:

2) Build actual authentication and authorization functionality (login, registration, etc.) in the app and make sure all pieces are properly hooked up to the API.

3) Build web applications with the same functionality, reusing as much of the native codebases from rounds 1 and 2 as possible.

Unlike last time, when the devs didn’t know what they were building ahead of time, both teams are going to have access to wireframes and the API before the battle begins. Both teams also are allowed to do any basic scaffolding required ahead of time as well.

Round 1 is planned for 11 A.M. - 3 P.M. EST on Friday, May 25, 2018. We will be streaming live on Twitch via https://battle.tighten.co, with Jake Bathman serving as moderator. As with last time, if you want to participate in some smack talk or help out your team of choice, make sure you tune in so you can join the fun!